Identifying the molecular mechanisms of replication of RNA viruses

RNA viruses are responsible for all emerging infectious diseases (Ebola, Zika, Dengue, Coronaviruses…). Unfortunately, most of the time, we have few weapons to fight them, due to a certain lack of knowledge of their propagation cycle. Combining multidisciplinary approaches such as biochemistry, enzymology, structural biology to artificial intelligence methods, we aim to dissect fascinating RNA virus replication machineries. These data will lay the groundwork for the discovery of anti-viral molecules. Indeed, viral replicases have already proved their worth with, for example, the development of therapies against HIV and HCV.

Reconstitution of the SARS-CoV replicative catalytic core The successive emergence of three highly pathogenic Coronaviruses (CoVs): the Severe Acute Respiratory Syndrome-CoV (SARS-CoV) in 2003, the Middle East Respiratory Syndrome-CoV (MERS-CoV) in 2012 and now the new CoV (CoVid-19) reinforces the urgent needs of clinical options. Indeed, neither vaccine nor antiviral drugs are available against CoVs. Interestingly, among (+) RNA viruses, coronaviruses stand out as having the largest (~30-kb) single-stranded RNA genome known to date associated paradoxically with low mutations rates. CoVs encode a huge replication/transcription machinery consisting, at least, of 16 viral nonstructural proteins (nsps). Thus, a central question is by which mechanisms, these viruses maintain their astonishingly large RNA genome. In the case of SARS-CoV, we showed that the viral RNA-dependent RNA polymerase (named nsp12) requires a processivity proteins complex formed by 2 other viral proteins (nsp7 and nsp8). Then, we demonstrated that the SARS-CoV polymerase complex in association with the viral nsp14 protein harboring a 3’-5’ exonuclease activity is able to faithfully replicate its RNA genome. Indeed, this protein complex can selectively excise a misincorporated ribonucleotide at the 3’-end of the nascent RNA. This SARS-CoV proofreading machinery is also able to excise erroneous mutagenic nucleotides inserted by the viral polymerase, such Ribavirin (a FDA-approved broad-spectrum antiviral drug). This feature provides part of the explanation for the ineffectiveness of Ribavirin on CoVs-infected patients.

In silico viral propagation modelling from single-cell to tissue
Modelling of complex biological systems is a growing field of research and a valuable tool for public health. Examples of applications include modelling the dynamics of virus transmission, predicting circulating strains in vaccine manufacturing or modelling the occurrence of resistance mutations after treatment with antivirals. We develop an integrative system using artificial intelligence approaches to model viral propagation from cell to tissue. The modeling and simulation theory aims to create a “virtual twin” of a system in order to understand changes, and test dynamic conditions in a risk-free environment. This theory involves two separate activities: (1) Modeling activity focuses on making a representation of a system from an observer’s point of view. It answers all the questions that the observer may have about the structure and function of the system; (2) While the second simulation activity focuses on executing the model to produce its behavior by modifying its inputs and parameters. We choose to use the Discrete Event System Specification (DEVS) formalism; (3) Then, an iterative process is engaged where in silico results are confronted with in vitro and ex vivo experimentations.

Boundaries and structures prediction of Hepatitis E Virus (HEV) pORF1 polyprotein, forming the RNA genome replication machinery by AlphaFold2
The lack of knowledge of the functional domains of ORF1 required for HEV replication prevents structural and functional studies, which are essential for the development of specific antivirals. The recent release of the powerful machine-learning protein structure prediction software AlphaFold (AF2) allows to accurately predict the structure of proteins and their complexes. We applied AF2 to the pORF1 polyprotein of HEV and reliably predicted the boundaries and structures of five domains or nonstructural proteins (nsP1 to nsP5) that are interspaced by poorly structured linkers of variable lengths.

Isabelle Imbert wins the trophy for leaders in Provence, in the health category, awarded by the La Provence group

Isabelle Imbert is a Knight of the French Légion d’Honneur

Best paper award from the Society for Modeling & Simulation

Isabelle Imbert earned her engineer’s degree in Biotechnology and Microbiology at Aix Marseille University. As internship in Transgene company (Strasbourg), she worked on Adenovirus as vector for gene therapy. Then, she completed her PhD at the Institute of Virology – INSERM unit in Strasbourg. She studied the replication of Hepatitis C Virus, using principally cellular approaches. After her PhD, she joined the AFMB lab in 2003, first as a post-doctoral fellow and then she was recruited as assistant professor in 2008, with teaching activities at Polytech. Her arrival coincided with the emergence of the SARS-CoV and therefore had the opportunity to develop a project on this new and fascinating virus.

After falling in love with immunology and genetics during her bachelor’s degree, India moved to Marseille to enter the Master Immunology and Development from which she graduated in 2019. During her studies, she did several internships on various subjects.

– Alteration of the oxytocin system in mutants of the MAGE-L2 gene, INMED, Marseille 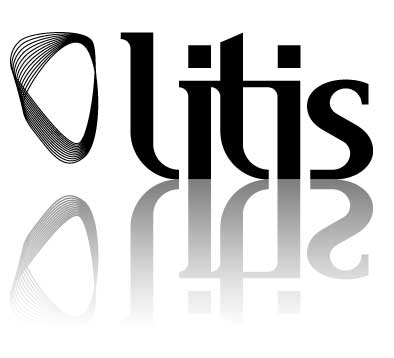